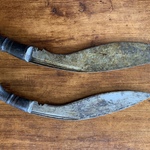 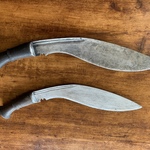 IMA
08/17/17
A: Please add to your shopping cart and use our "get shipping rates" calculator for an accurate estimate. Thanks!
Was this answer helpful? 1 0
08/17/17
J
john n.
Verified Reviewer
What is a Verified Reviewer
A Verified Reviewer is a shopper who has confirmed an email address, or connected a social network with Yotpo, providing an added level of transparency and trust.
08/27/18
Q: hi would these be allowed to be brought into Australia or would l need a permit?
thanks John
Answers (1)

IMA
08/27/18
A: This product is available for international shipping. You just need to be updated on your import laws, but they should be fine.
Was this answer helpful? 0 0
08/27/18
D
Dorsel B.
Verified Reviewer
What is a Verified Reviewer
A Verified Reviewer is a shopper who has confirmed an email address, or connected a social network with Yotpo, providing an added level of transparency and trust.
02/25/19
Q: Are these Blades marked?
Answers (1)

IMA
02/25/19
A: No they are not marked.
Was this answer helpful? 0 0
02/25/19
L
Lane L.
Verified Reviewer
What is a Verified Reviewer
A Verified Reviewer is a shopper who has confirmed an email address, or connected a social network with Yotpo, providing an added level of transparency and trust.
01/23/20
Q: Would you have the scabbard?
Answers (1)